Our team studies the molecular mechanisms responsible for preventing alterations in numbers and structure of chromosomes. Our current efforts are targeted at understanding how changes in chromatin structure are regulated by the cell cycle machinery during mitosis. We also study a human cancer-predisposition disease –the Nijmegen breakage syndrome– characterized by defects in cell cycle checkpoint regulation. Cells from patients with this inherited disease have a very severe deficiency in the detection and repair of DNA damage, often resulting in altered chromosome structure

As a whole, our research program integrates fundamental aspects of cell biology such as how cell signaling by proteases and protein kinases regulates cell cycle progression and chromatin structure in dividing cells.

Specific research projects are described under the section “experimental approaches” below.

Regulation of genomic integrity by SMC complexes:The cases of the Nijmegen breakage syndrome and Smc5/6 complex

The total length of naked DNA in the human genome is ~2 meters when placed head-to-toe. How can this fit into a cell smaller than 0.1 mm?

This is a basic question of great importance in modern biology. Eukaryotic cells have resolved this issue by folding DNA into chromatin, thereby allowing some degree of DNA compaction. However, the levels of chromatin compaction achieved in normal resting cells (i.e., GI or G2) is insufficient to allow high fidelity chromosome transmission during mitosis. So, what happens with chromatin structure when cells divide their chromosomes during cell division? This is the specific question we aim to answer.

Genetic studies have revealed that a key factor for the regulation of chromatin structure in mitosis is condensin, a pentameric protein complex used by the cell to assemble fully condensed chromosomes. Despite much progress in recent years regarding condensin’s role in chromosome condensation, relatively little is known at present on how this essential complex may regulate chromosome structure.

Our work is focussed on addressing the following major questions on chromosome condensation: 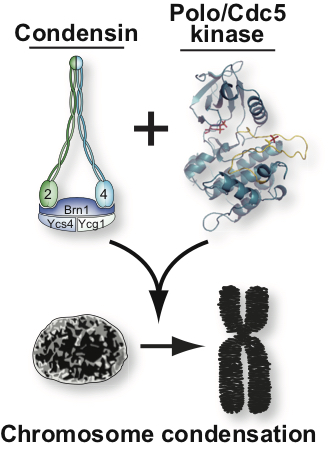 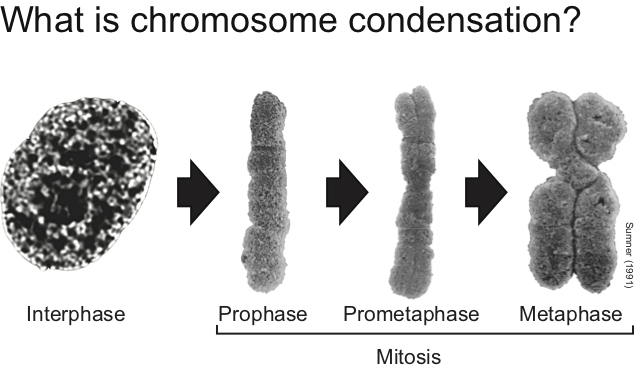 The cell cycle can be viewed as alternating phases of high and low cyclin-dependent kinase (CDK) activity. It is well known that cells require high CDK-cyclin B activity to enter mitosis whereas they need to inactivate CDK-cyclin B to exit mitosis and return to a G1 state. How does a cell decide when is the right time to exit mitosis and complete cell division?

Inactivation of CDK activity at the end of mitosis requires the integration of many cellular cues to make sure that completion –or “exit”– from mitosis occurs exactly at the right time. We study the signaling cascades responsible for inducing exit from mitosis. There are two main signal transduction pathways responsible for ending mitosis: The mitotic exit network (MEN) and the Cdc14 early anaphase release network (FEAR network).

We focus our analyses of cell cycle progression and mitotic exit an evolutionarily conserved kinase, the Polo kinase Cdc5 (see images on the right for a summary of its role in cell cycle and checkpoint responses). This kinase is a shared component of the MEN and the FEAR networks and misregulation of the human homolog of this kinase is implicated in many different forms of cancers.

Our work is aimed at addressing the following major questions on the specific mode of action of this cancer-associated kinase: 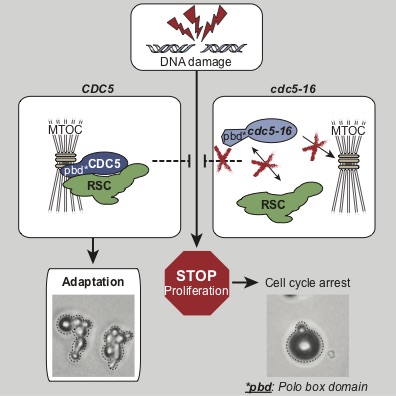 3 – Regulation of genomic integrity by SMC complexes:
The cases of the Nijmegen breakage syndrome and Smc5/6 complex

Cancer cells can modify their genome by inducing structural defects in their genome, such as the fusion of DNA sequences from unrelated chromosomes. With this specific project, our laboratory is interested in understanding the molecular mechanisms responsible for preventing alterations in the basic structure of chromosomes.

We know that a family of proteins known as the Structural Maintenance of Chromosome (SMC) proteins plays an essential role in the maintenance of genome stability. This family of proteins is characterized by a unique structural organization. The four conserved eukaryotic SMC complexes play a wide variety molecular functions including key roles in DNA repair and checkpoint signaling. In spite of recent advances in our knowledge, we still only have a partial mechanistic understanding of how SMC complexes promote DNA repair and genome integrity.

Our current efforts are targeted at understanding a human cancer-predisposition disease -the Nijmegen breakage syndrome (“NBS”)- characterized by defects in cell cycle checkpoint regulation in response to DNA damaging agents. Cells from patients with this inherited disease have a deficiency in a member of the Rad50 SMC complex, the Nbs1/Xrs2 protein. 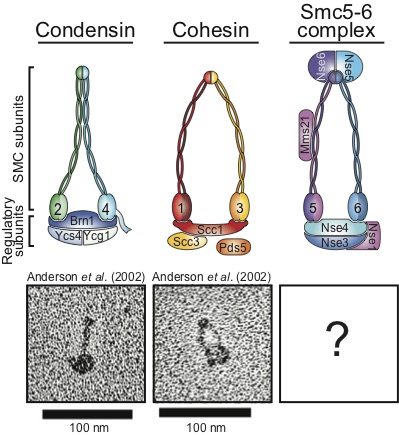 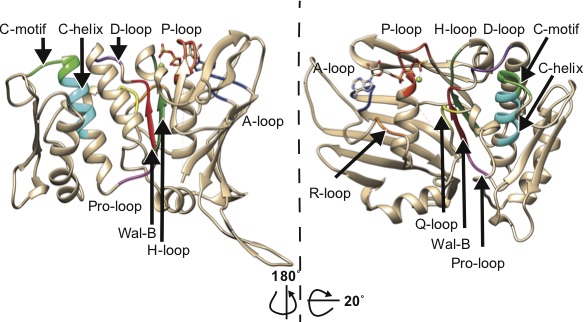